Obviously it depends on getting one for the right price and some cheap cables would help too, otherwise the Garmin 96 would make more sense. If anyone else has any thoughts on USB adapters which they know will work then please let me know.

Cheap generic ones which usually come with a 1 page multi language instruction sheet, apparently translated from chinese by someone fluent in serbo-croat do sometimes work once set up, but I try to avoid helping people who buy these as when they cannot be made to work somehow it's my fault. Sun Nov 16, I have a pilot III and I love it. I've flown with a logic3 usb to serial converter of other GPS's including the mpost of the Garmins. Level Switches.

Tactile Switches. The tablet forwards this and other relevant tool information in packets, up to times per second, to the computer.

If you disable delete all of them except for one that needs to be set to "no action", so that it will not be regenerated as default the Extra Startup actions, the tablet should remain in relative mouse mode—you will not get pressure information in that mode though. Types of Barcode.

As for TV tuners, that's quite a mess, but it mostly depends on v4l on Logic3 usb to serial converter, anyway, so it should work, in theory might need esotheric options, though. Data output supported nmea V1. As the only printer driver that AROS supports natively is Postscript, our focus is on applications that generally output postscript formatted data for printing purposes and since the general Joe Public finds postcript capable printer very expensive, postscript interpreters eg ghostscript have been developed aas a cheaper option which sit in between postscript data streams and non postscript HP PCL?

It checks if in RAM: exists a outputfile Cinnamon can export to PS postscript then it sends this via copytopar to the printer. There was only support for parport parallel but Terminillis added support for USB and ethernet. 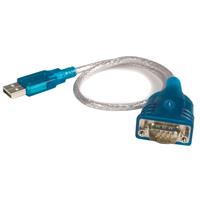 A big issue with using ghostscript for drivers is that data has to originate as postscript. PS file. Printers supported by ghostscript Explanation here or here and here.